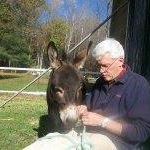 The Maine State Society for the Protection of Animal today announced that at the most recent meeting of its governing body, David A. Jefferson, DVM was elected to a three-year term as a director of the non-profit horse shelter. A 1969 graduate of Cornell University’s School of Veterinary Medicine, Dr. Jefferson brings a remarkable, unique combination of skills, experience, and interest to the organization. Meris J. Bickford, CEO of the organization enthusiastically acknowledged Dr. Jefferson’s long-standing friendship with the Society, its horses, and its President Marilyn Goodreau. Ms. Bickford also praised Ms. Goodreau and the other directors of the organization for their support in advancing the Society’s life-saving work for abused, neglected equines.

Society President Marilyn Goodreau said, “I have the greatest respect for David Jefferson. His intellect and curiosity combined with a superior education produced a fine veterinarian whose equine patients have always received the highest level of care possible. My friendship with David dates back to the 1970s when my partner Lawrence Keddy acquired the farm and we began operation as an animal shelter. Dr. Jefferson treated many of the horses at the farm in those early days.”

The Maine State Society for the Protection of Animals is New 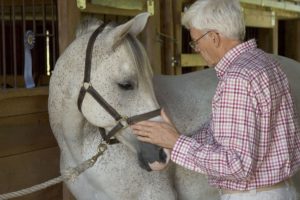 England’s premiere horse shelter. The abused or neglected horses receiving care there are available for adoption following their rehabilitation. The Society welcomes public visitors each afternoon throughout the year. The MSSPA maintains a robust volunteer corps and by invitation works with area schools to provide humane education. To learn more about MSSPA, please visitwww.msspa.org or find the Maine State Society for the Protection of Animals on Facebook.

If you would like to make an in-kind donation of horse-related items, thank you! Please contact the shelter by phone or email for more information.